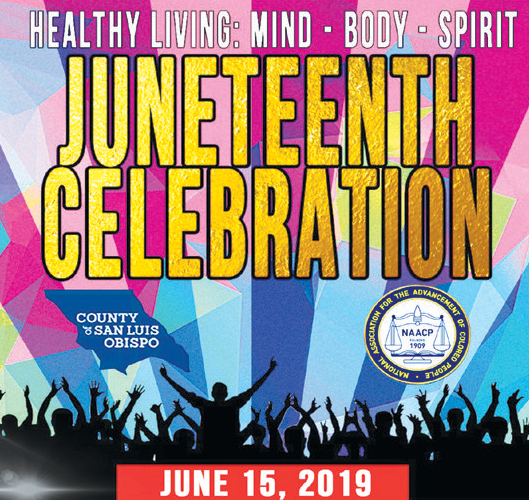 JOIN THE NAACP AND SLO COUNTY BEHAVIORAL HEALTH AS WE CELEBRATE FREEDOM: Juneteenth Day or Freedom Day is an American holiday that commemorates the June 19, 1865, announcement of the abolition of slavery in the U.S. state of Texas. 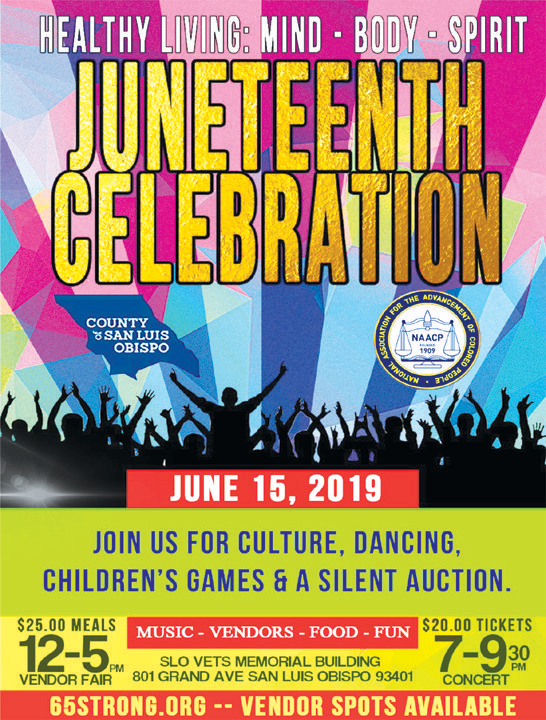 For centuries, slavery was the dark stain on America’s soul, the deep contradiction to the nation’s founding ideals of “Life, liberty and the pursuit of happiness” and “All men are created equal.” When Abraham Lincoln issued the Emancipation Proclamation on January 1, 1863, he took a huge step toward erasing that stain. But the full force of his proclamation would not be realized until June 19, 1865—Juneteenth, as it was called by slaves in Texas freed that day.

The westernmost of the Confederate states, Texas did not get news of Gen. Robert E. Lee’s surrender at Appomatox that April until two months after the fact. But they heard once Union Gen. Gordon Granger, a New Yorker and West Point graduate with a distinguished wartime service record, arrived in Galveston Bay with more than 2,000 Union troops. It was on June 19 that he publicly read General Order No. 3, which began: “The people of Texas are informed that, in accordance with a proclamation from the Executive of the United States, all slaves are free.”

In amazement and disbelief, the 250,000 former slaves in Texas learned that they had been freed by the Emancipation Proclamation, which could not be enforced until the war was over. (It applied only to the states “in rebellion” at the time it was issued.) Shocked, disoriented, most likely fearful of an uncertain future in which they could do as they pleased, the liberated slaves of Texas celebrated. Their moment of jubilee was spontaneous and ecstatic, and began a tradition of marking freedom on Juneteenth.

Please join us in the Freedom Lounge for an African/Slavery art display.
Plus,a half-hour educational and informational multimedia presentation about the history of Juneteenth from its inception to the present, interweaving audio and video vignettes, still photos, cartoons, music, dancing and text. It’s suitable for families, adults, and school-age children.