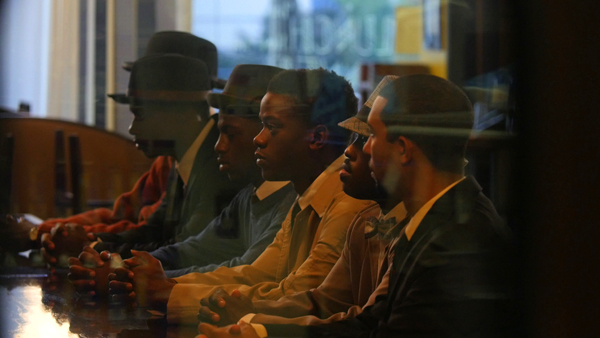 The NAACP is one of the proud sponsors of the San Luis Obispo International Film Festival to be held March 13-18, 2018. The film is Counter Histories: Rock Hill and provides a more complete historical backdrop to civil rights and the movement. There will be three screenings and individual tickets will be sold at the door. The film festival “Movie Star Pass” holders will be admitted first. Please join us at any of the three screenings with the Saturday (3/17) screening being our NAACP and Unity of SLO’s time to see the movie as a collective. Please join us then. Movie Star Passes and ticket information can be found at the SLO Film Fest website.

Synopsis:
It’s 1961 and the Civil Rights movement is stalled with protest after protest, arrest after arrest, in the segregated South. Students at a small local Baptist college in Rock Hill, South Carolina, decide to sit in at their local lunch counter. They get arrested, go to jail and remain there. Their action brings the national attention the movement seeks and becomes an important incident in the social justice movement. With excellent reenactments and creative visuals, Counter Histories: Rock Hill breaks with documentary conventions to connect with a new audience and tie the historical movement to present day struggles. 56 min.