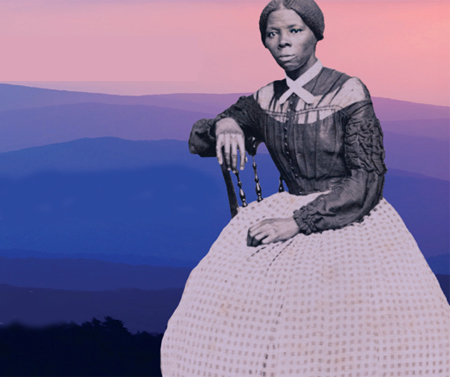 A Series of Presentations with Dr. Kate Larson

Kate Clifford Larson is an historian and leading Harriet Tubman scholar and the author of the 2004 biography, Bound for the Promised Land: Harriet Tubman, Portrait of an American Hero.  After earning two degrees from Simmons College in Boston, and an MBA from Northeastern University, Larson pursued a doctorate in American History at the University of New Hampshire, specializing in 19th and 20th century U.S. Women’s and African American history. She is the consulting historian for the Harriet Tubman Underground Railroad State and National Parks and 125 mile Harriet Tubman Byway, an All-American Road, in Maryland, and has consulted for the Harriet Tubman Home in Auburn, NY. Her second book, The Assassin’s Accomplice: Mary Surratt and the Plot to Kill Abraham Lincoln, was released in 2008. Her most recent work, Rosemary: The Hidden Kennedy Daughter, about the disabled sister of President John F. Kennedy, spent ten weeks on the New York Timesbestseller.

Passionate about researching and writing about American women’s lives, Larson enjoys the challenges of teasing out life stories from voices that have long been silenced. “I feel strongly that we must reconnect with the women who helped build and shape this country,” Larson recently wrote, “and by putting women at the center of the story, the world looks very different – more complex, interesting, and colorful.” Dr. Larson lives in Winchester, MA.

Harriet Tubman and Johannes Brahms lived during the same period of time, yet worlds apart. Brahms’ masterwork has been with us for 150 years, uniting audiences and performers from throughout the world with a work of comfort and hope. Ron Kean’s work is less than 2 years old, yet it already has had a tremendously inspirational effect on all who have performed and heard this music and learned from the life of this extraordinary woman.

The presentations by Kate Larson and Ron Kean are free and open to the public.