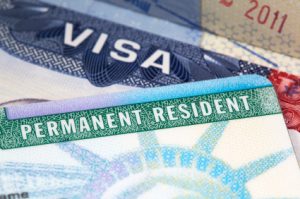 BALTIMORE (October 9, 2017) – The National Association for the Advancement of Colored People (NAACP), America’s oldest social justice organization, released the following statement in response to the immigration principles proposed by the Trump Administration yesterday.

“Despite his insistence on preserving the Deferred Action for Childhood Arrivals program, the immigration reforms proposed by President Trump last night prove once again that we cannot trust his hollow assertions. From demanding a border wall to illegally ending federal funding for Sanctuary Cities to increasing deportations of undocumented young people, these principles clearly show that the Trump Administration has no intention of creating pathways to citizenship for immigrants in America. Instead, the President’s sole focus is to further marginalize communities of color and demonize immigrants, all just to appeal to his right-wing base,” said Derrick Johnson, interim president and CEO of the NAACP.

“In the face of this cruelty, the NAACP – as always – is refusing to agonize, and instead, continues to organize. We have filed a lawsuit against the Trump Administration in defense of DREAMERS and on behalf of thousands of hard-working individuals negatively impacted by the ending of DACA, many of whom are members of the NAACP with roots in the Caribbean and in the nations of Africa.”

The NAACP is encouraging all of its members to call their Senators and Representatives in Washington and urge them to pass the NAACP-supported DREAM Act. Members can reach their Senators’/Congressman’s offices by calling the Switchboard at (202) 224-3121.